I’ve learned A LOT of things that I never wanted to during this CarFree experiment but by far the most shocking has been the showering habits of Division 3 athletes.
I can’t begin to say I have a baseline upon which to judge because it was made clear to me 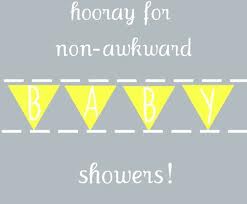 early on I was always a bit to small, slow and “soft” to get there.

I must begin by congratulating these collegiate athletes.  It’s a tough road to travel especially for D-3 players.  They don’t get all the perks of some of the other divisions must deal with sub par accommodations, travel and general conditions a lot of the time.  One those conditions is a shared locker room.  At Clark the teams have their own locker rooms but shared showers and common areas.

Living CarFree has forced me to join the population that must shower on campus on a semi-regular basis and I’ve written about my awkward experiences on a few occasions.  But now I’ve come to a realization I would never have expected. 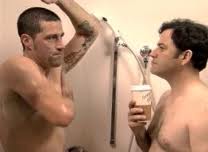 At this point, I’d rather get caught in my shower routine as the basketball team is getting out of practice over the swim team.  If you had asked me before this lifestyle experiment, I definitely would’ve assumed that I would prefer to be caught on the same schedule as the swim team.

I’m not gonna’ go into too much detail but there are some basic differences that have influenced my opinion.  Number one is the overall attitude and speed.  The basketball team, while loud, the whole team is in and out in a like 10 minutes and seem to abide by basic bathroom rules including that joking, singing, etc are encouraged until towels are off then it’s all business with limited and basic small talk.  The swim team seems to have a completely different attitude toward the shower. Maybe they have a really terrible locker room and/or aren’t permitted to talk and hang out because that would explain using the shower as a social forum.  There doesn’t seem to be any urgency to the process as the majority of the team is in the showers talking, chatting and generally carrying on.

I don’t mean to nor am I trying to pass judgement on the swim team.  My personal preferences just seem to line up with the method the Basketball team embraces in its shower routine.

Regardless, I would not have thought my preference would end up this way. But really B-Bal vs. Swim Team…..who ya got?